Map of divorce in Mexico 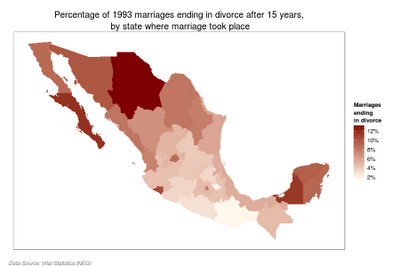