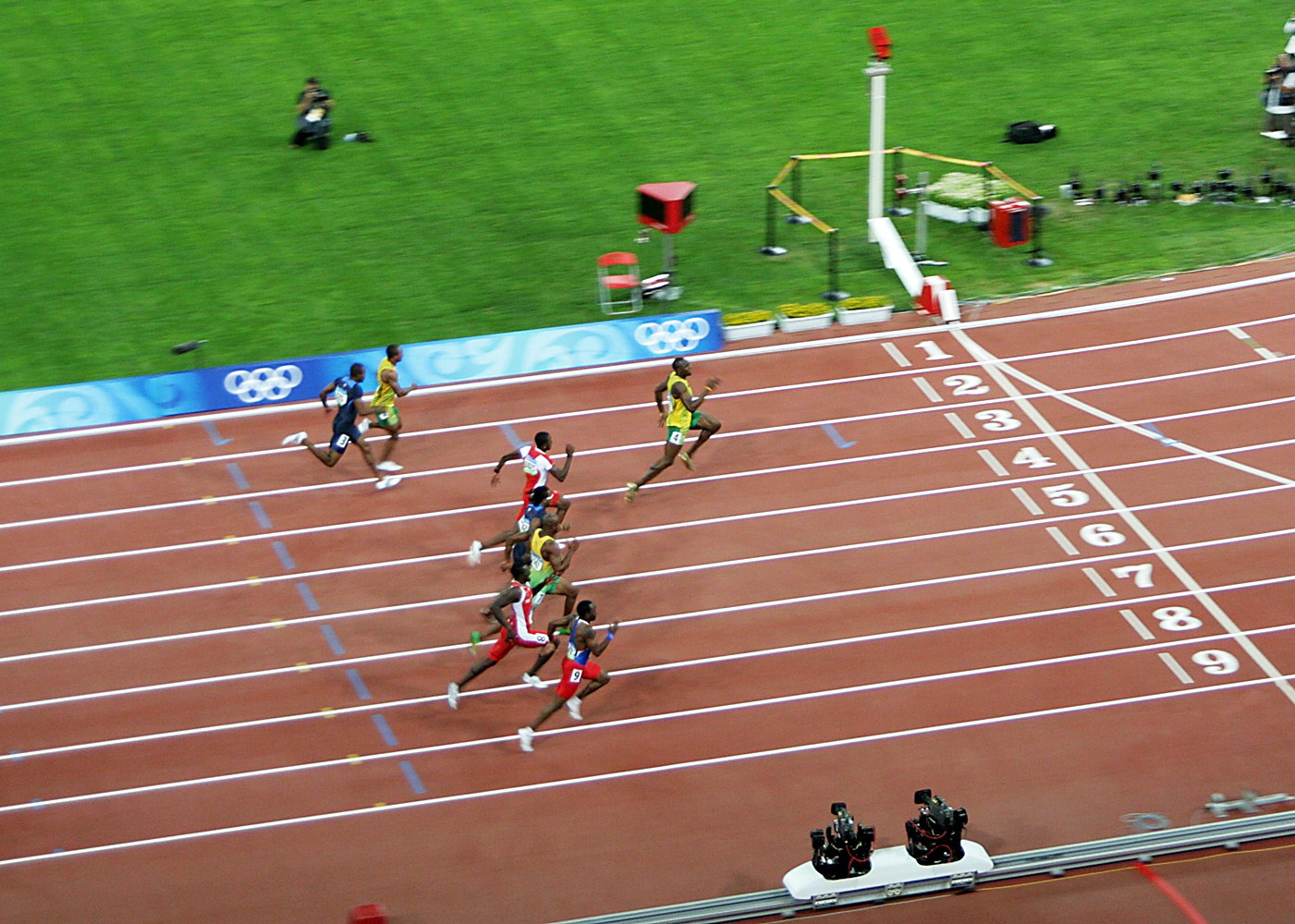 The amazing Jamaican, who was running only his 11th ever race at the distance, smashed his own world record by 0.03 - and this is just the beginning.
—Times Online

Tyson Gay of the United States, the defending world champion in both the 100 and the 200, did not advance out of the semifinals, finishing fifth in his heat, just 0.02 behind another American, Darvis Patton.
—New York Times