Weird dietary habits in the US

Using this database of food consumption data the blog Canibais e Reis kindly put together, I calculated all values for which the US was at least 2 standard deviations from the world average. 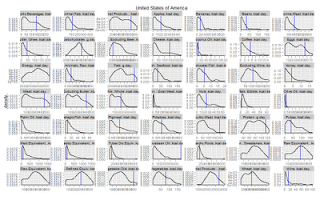 Here are the outliers in standard deviations from the world mean:

Lots of sugar and Omega 6 fatty acids. Not very healthy.

In case you were wondering, the only weird dietary habit in Mexico is (ahem) a high consumption of beans, 3 standard deviations above the world average. Since I suspected maize was also an outlier but it wasn’t included in the database, I downloaded the 2005 data from the FAO website and indeed, Mexico is also an outlier in maize consumption. I bet if soft drink consumption were tracked, Mexico would also be an outlier. 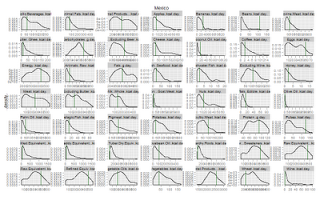 The code is here and the data is here