How Religious is Mexico?

Wow, I didn’t expect Mexicans to be so religious, I don’t think any of my friends go to mass more than once a month. The data came from the World Values Survey and the graphs were made with Verifiable which makes much prettier stacked bar charts than Excel (last two charts). 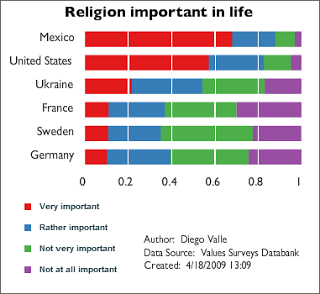 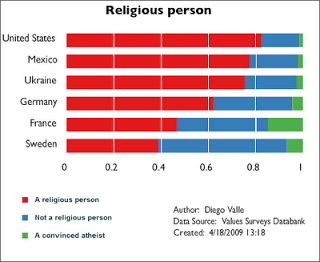 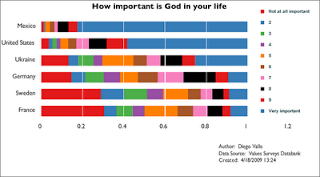 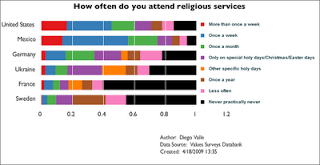 I always thought a higher percentage of people in the States attended church at least once a week than in Mexico, guess I was wrong. 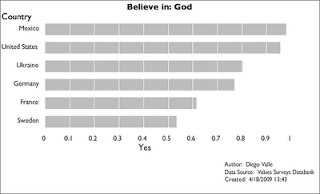