A time series of confirmed influenza cases in Mexico. The steep decline started 3 days after the schools in Mexico City were closed. 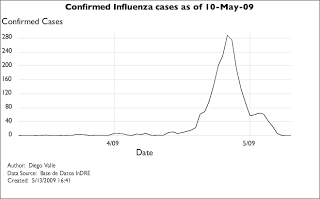 Unlike the normal flu, the number of deaths caused by the new virus occurs mainly in those between 20-54 years of age. 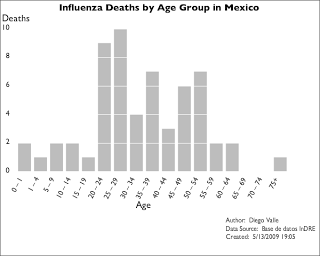 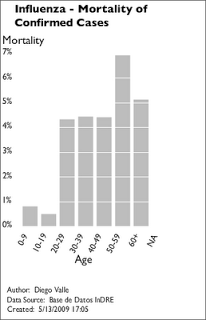 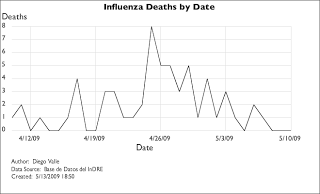 The google spreadsheet with the data