I liked this visualization by the New York Times of the US presidential election so much I decided to recreate it using Mexican data, and in the process added a slope graph. So go visit my new visualization of the change in presidential vote from 2006 to 2012 at the municipality level. I recommend using chrome to view the visualisation, there’s also a Spanish version.


The PRI gained votes in almost all the big municipalities save for Villahermosa (Centro). The home state of AMLO. 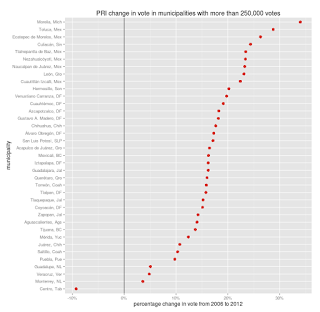 Not everyone was happy with the post-election protests of the PRD candidate. Interestingly, he did gain votes in several of the municipalities that make up the Monterrey and Guadalajara metro areas. 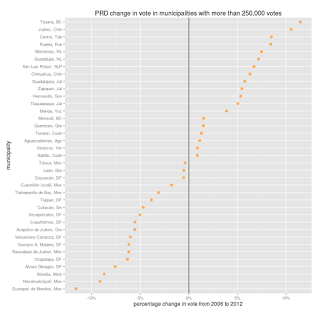 People in Villahermosa must really hate the PRI. I was not surprised to see the PAN lose votes in Culiacán, Juárez, Chihuahua, Cuernavaca, Tijuana, Zapopan, Guadalajara, Monterrey… 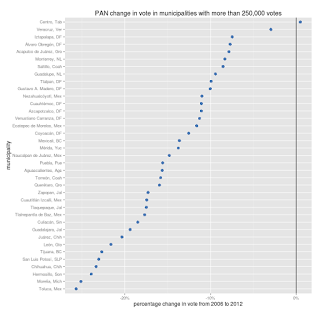 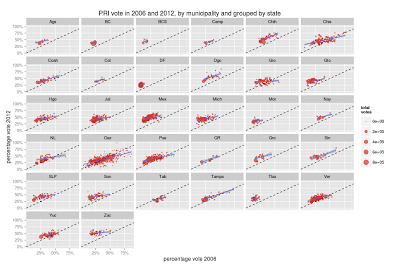 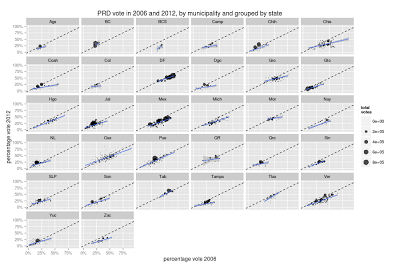 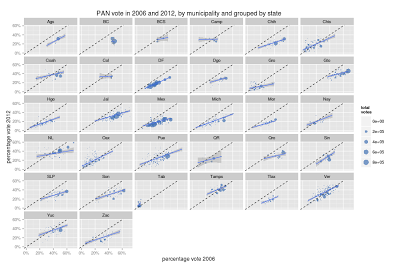 P.S. The code for the interactive chart is here