The municipalities with the highest and lowest homicide rates by sex 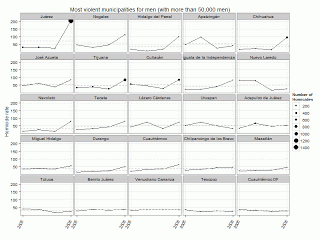 The municipalities are ordered by their peak homicide rate and the dotted gray line is the average homicide rate over the 2005–2008 period. Since homicide is mostly a male phenomenon it’s not surprising to find Ciudad Juarez is the most violent city for men. 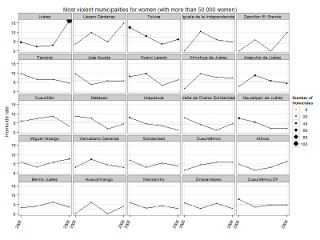 As you can see, in Ciudad Juarez it’s only with the drug war that murder rates against women skyrocketed. In spite of its stereotype as the world capital of femicides it was a relatively safe city. Place like Toluca near Mexico City, and Lazaro Cardenas in Michoacan used to have higher homicide rates. 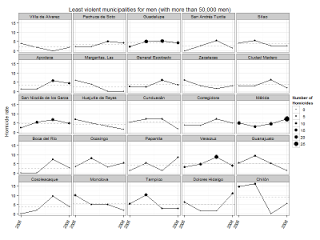 I see lots of municipalities that are part of Guadalajara, Monterrey, or Tamaulipas, which sadly are not safe anymore; however, Merida is very safe and an incredible place to visit. If what you’re looking for is beaches, you can’t go wrong with places like Tulum or Los Cabos. 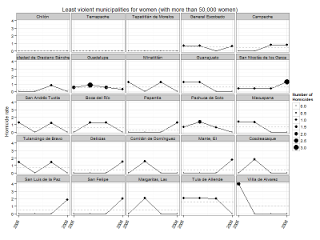