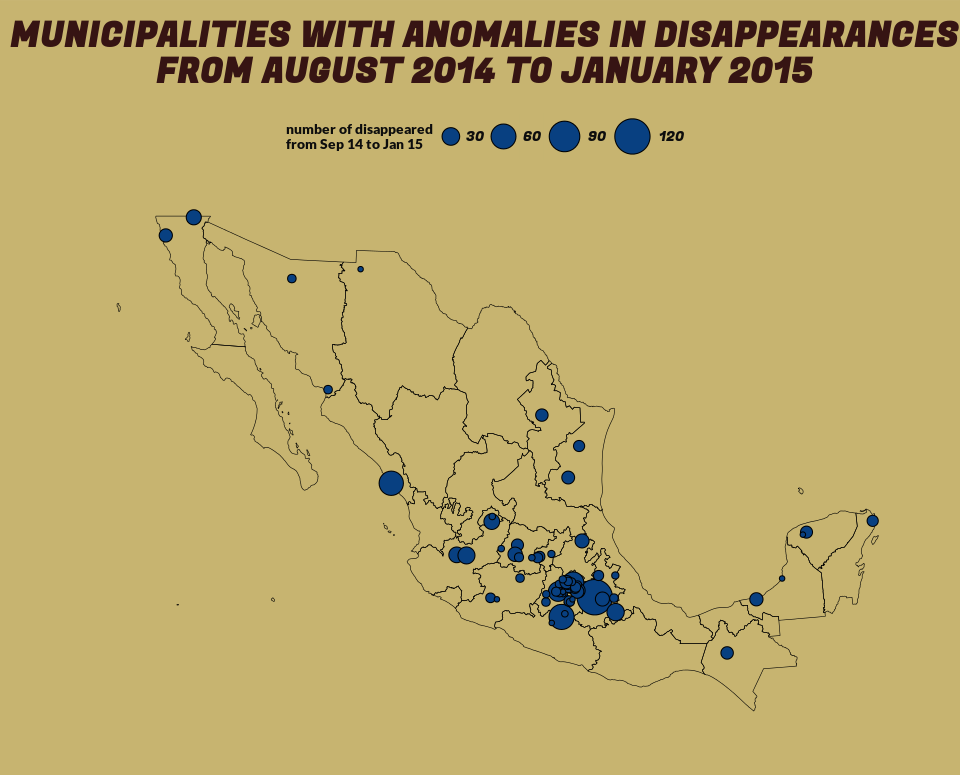 To make it easier to understand the data and make it actionable, I plotted all the municipios containing outliers during the period from August 2014 (just before the mass kidnapping in Ayotzinapa) to January 2015 (the last date available). The chart includes data from both the fuero federal and común.

I used the AnomalyDetection R package to detect the anomalies. 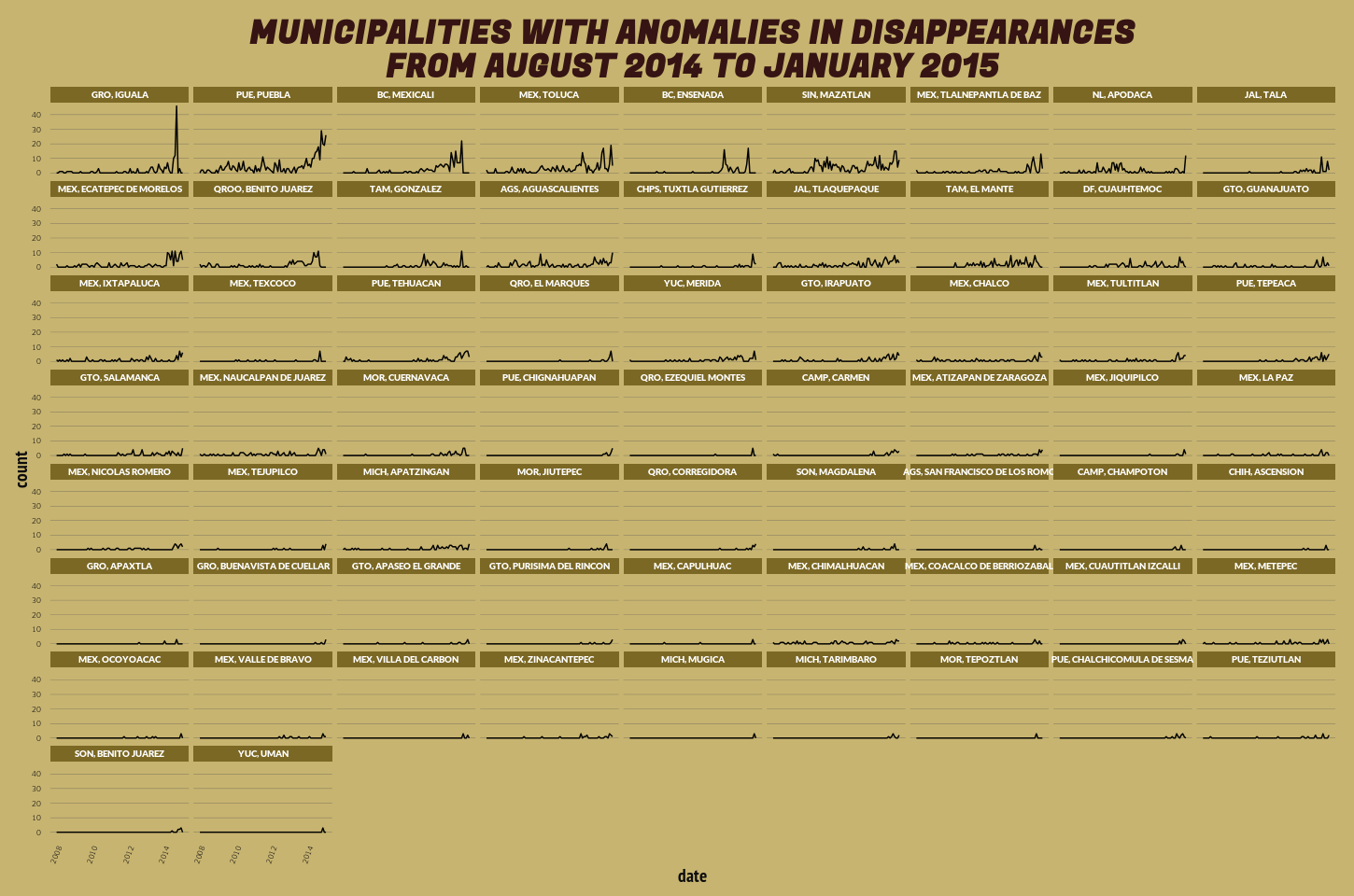 Not surprisingly, Iguala, which saw the disappearance of 43 students on September 26, 2014 appears first on the list. The Mexican government should pay particular attention to these municipios if it wants to solve the missing persons problem in Mexico. 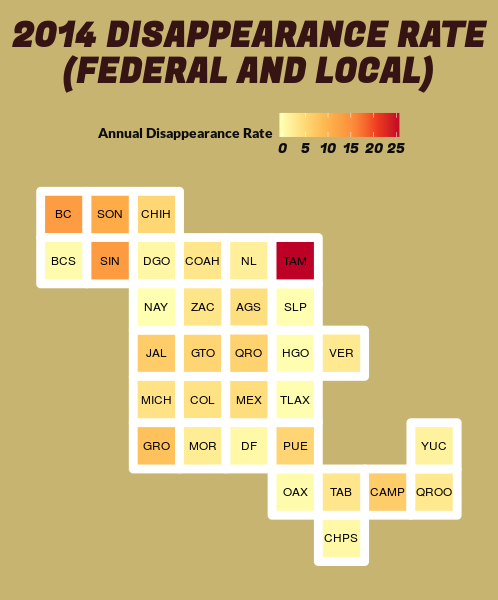