The most violent municipalities in Mexico (2008) 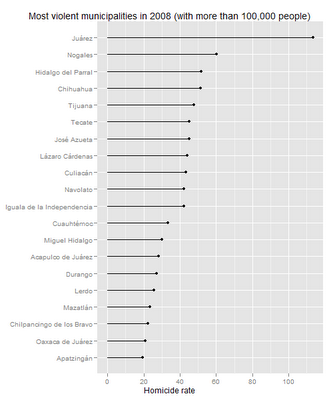