The dead of Juarez

Here are some statistics of the dead of Juárez: 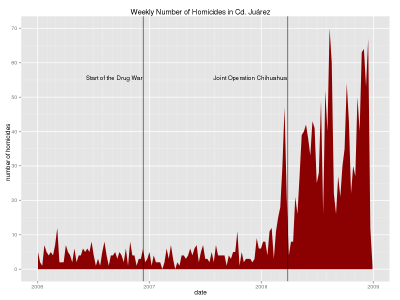 The violence took off 4 weeks before the army arrived. As Reforma reported, the Sinaloa Cartel had advance knowledge of the military operation, and the cartel temporarily stopped the war right before the arrival of the army. However, after the army took over the city, the number of murders inmmediatly started increasing in spite of (or due to) having thousands of soldiers patrolling the streets. Soon the number of murders reached new records. 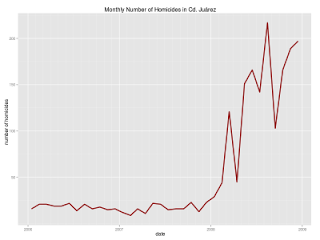 and the yearly totals, 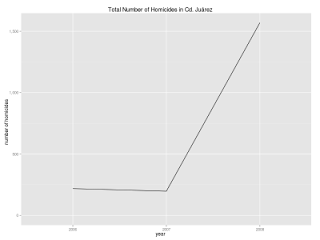 though if you look at the weekly chart you’ll notice there wasn’t any time to record all the homicides that occurred during the last few weeks of December 2008, so the data for that year is under counted by about 3%. 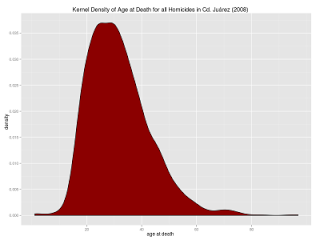 Men are proportionally much more likely to be homicide victims between the ages of 18 and 35:

Homicide being mostly a male enterprise it should come as no surprise that the vast majority of homicides are committed against men.

Perhaps paradoxically the more violence there is, the lower the percentage of women who are victims of homicides. About 20% of homicides in the US are committed against women and in the UK it is about 30%, so the low percentage shouldn’t be interpreted as a measure of misogyny.

The increase in homicides in 2008 was especially acute among 20-35 years olds: 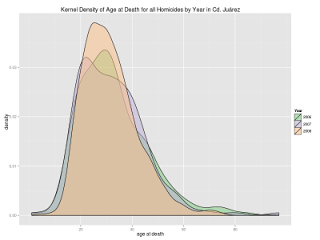 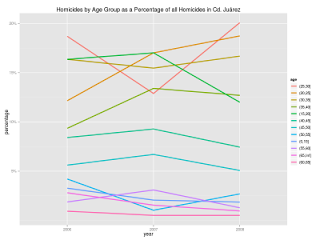 Marital status of the homicide victims: 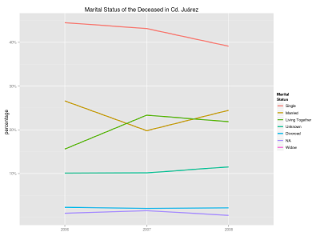 Not surprisingly, most of the victims were maquiladora workers: 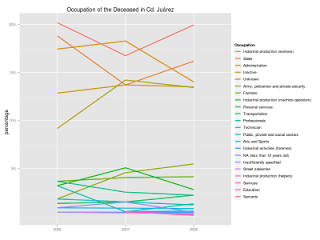 There was a big increase in the proportion of homicides that occurred out in the streets: 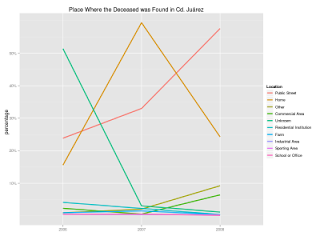 The educational attainment of homicide victims: 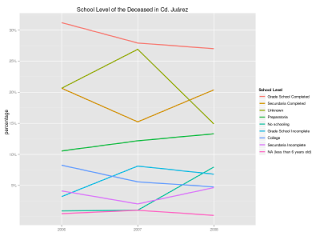 An increase in the percentage of homicides committed with a firearm: 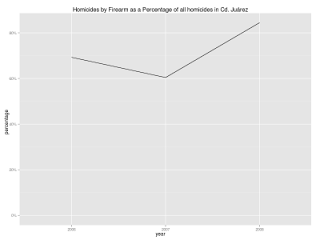 Don’t go out in the evening and definitely stay home at night (do cartel hitmen have supper at 7pm?): 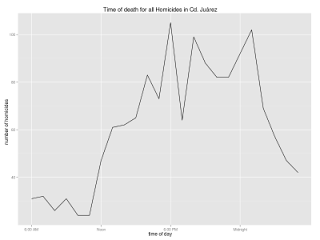 (There was a mistake in the database, when the hour of death was unknow it was coded as having occurred at midnight, I discarded that value and used the average of the number of deaths between 11:00pm and 1:00am)

P.S. The code is here