The unmarried parenthood rate in Mexico

Using data from the INEGI I calculated the percentage of births who were born outside of marriage in Mexico and compared it to the Hispanic rate in the US. They are basically the same. There’s been a gigantic increase that’s slouching towards 50% as of 2006. It is a virtual certainly that more than half of all births were born outside of marriage in 2009. 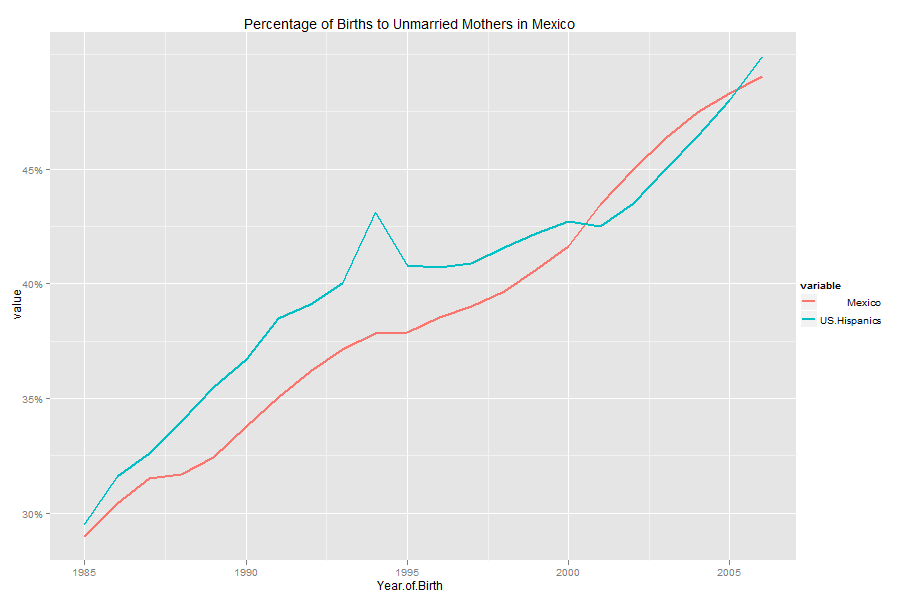 The database I used to generate the chart contains all registered births in Mexico. I only used the data up to 2006, even tough the data goes up to 2008, because parents are sometimes ‘lazy’ about getting their child’s birth certificate for various reasons (e.g. Santiago Creel). And since the parents who are most likely to delay getting the birth certificate are those whose children were born outside of marriage, this would result in a biased estimate.

The increase in unmarried mothers has been mostly due to the increase in those living together as married and the decline in married women giving birth (less than 50% in 2006). Interestingly, since 2000 there has also been an increase in the percentage of mothers not specifying their marital status. 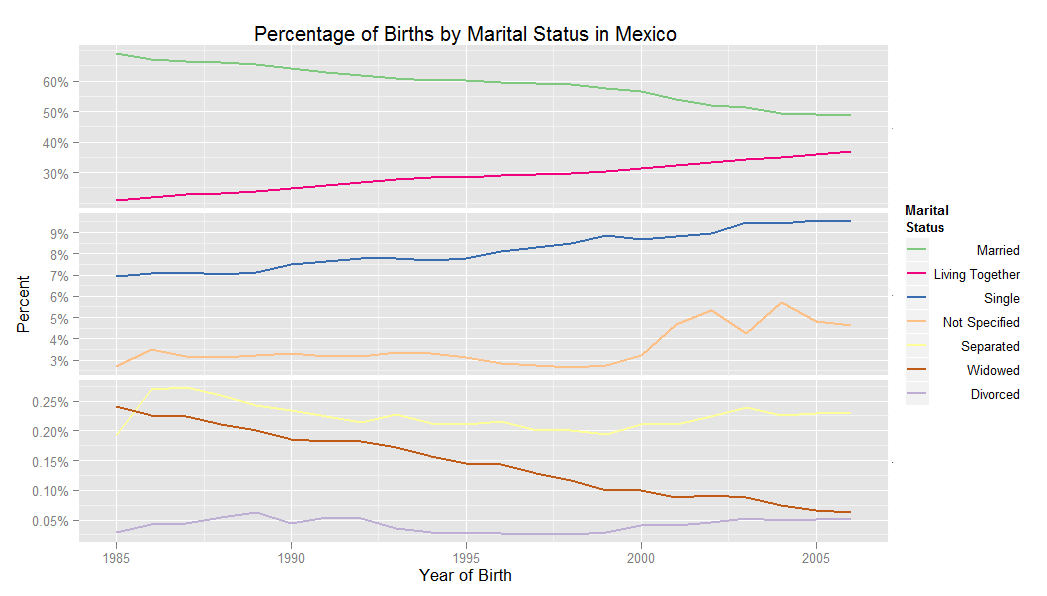 The oecd [excel file] wrongly reports the proportion of births outside of marriage for Mexico as 10%. It looks like someone mistakenly gave them the wrong data, maybe instead of reporting the rate for all unmarried mothers, only the rate belonging to single mothers (as in not partnered!) was reported. Here’s the correct standing, with Mexico up there with the Northern European social democracies: 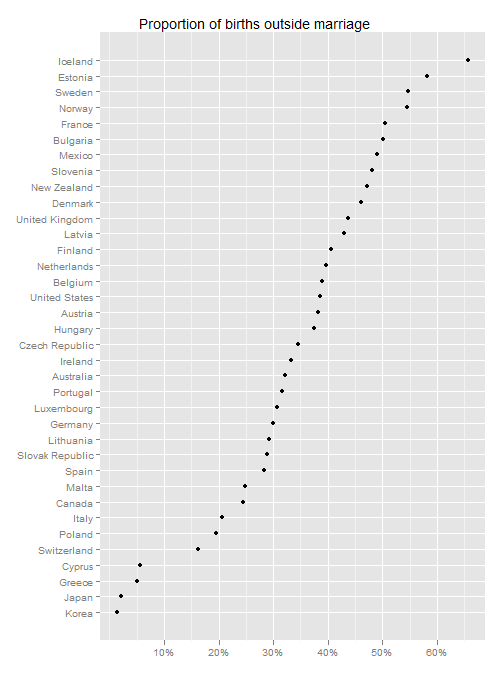 P.S. The data and code for generating the charts is available from github